We are pleased to confirm that Baroness Sharon Bowles, will be delivering a keynote address at the BAM2020 Conference in September at the University of Manchester. 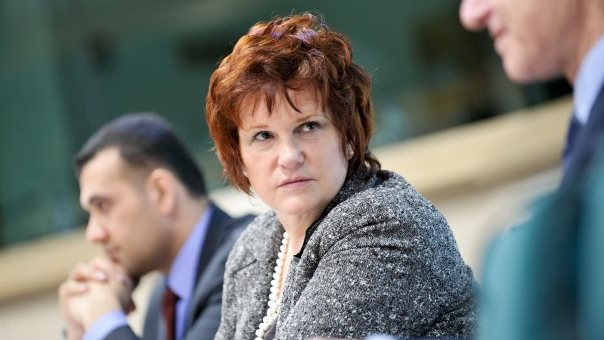 Sharon Bowles is a former MEP for the South East and Chair of the European Parliament’s Economic and Monetary Affairs Committee.

Sharon Bowles was born in Oxford and educated at Our Lady's Convent, Abingdon, before studying Chemical Physics with Mathematics at Reading University. She went on to undertake research into semiconductors at Lady Margaret Hall, Oxford University. In her youth Sharon competed internationally in rowing and archery.

Sharon became an MEP in May 2005, and was re-elected for a second Parliamentary term in June 2009. Later that year Sharon made history by being elected as the first Liberal and first Briton to Chair the Parliament's influential Economic and Monetary Affairs Committee (ECON).  Sharon was re-elected Chair of ECON in January 2012 and served in this role until she stepped down at the end of the parliament in June 2014.

In her role as Chair of the European Parliament’s Economic and Monetary Affairs Committee she was at the heart of the EU’s response to the financial and Eurozone crisis during the height of the financial crisis. The committee is responsible for financial services, competition and tax, as well as the suite of economic and monetary policy that includes the public accountability of the European Central Bank.

She oversaw a huge range and quantity of highly technical and detailed legislation and under her chairmanship the committee wielded increased power and effectiveness. Sharon was deeply involved in the Parliamentary work amending legislative proposals as well as presiding over hundreds of negotiation meetings with the Council and Commission that produce the final amended versions of the legislation. This experience gave her a unique experience as the only person engaged in depth in every financial services negotiation.

Sharon was also an active member of the Legal Affairs committee and served on the delegation for relations with the United States of America.

She announced her retirement from EU politics in 2012, well ahead of the 2014 EU elections.